Click here for the published version in the Southern Economic Journal

Abstract: The goal of the Affordable Care Act (ACA) was to achieve nearly universal health insurance coverage through a combination of mandates, subsidies, marketplaces, and Medicaid expansions, most of which took effect in 2014. We use data from the Behavioral Risk Factor Surveillance System to examine the impacts of the ACA on health care access, risky health behaviors, and self-assessed health after two years. We estimate difference-in-difference-in-differences models that exploit variation in treatment intensity from state participation in the Medicaid expansion and pre-ACA uninsured rates. Results suggest that the ACA led to sizeable improvements in access to health care in both Medicaid expansion and nonexpansion states, with the gains being larger in expansion states along some dimensions. However, we do not find clear effects on risky behaviors or self-assessed health. 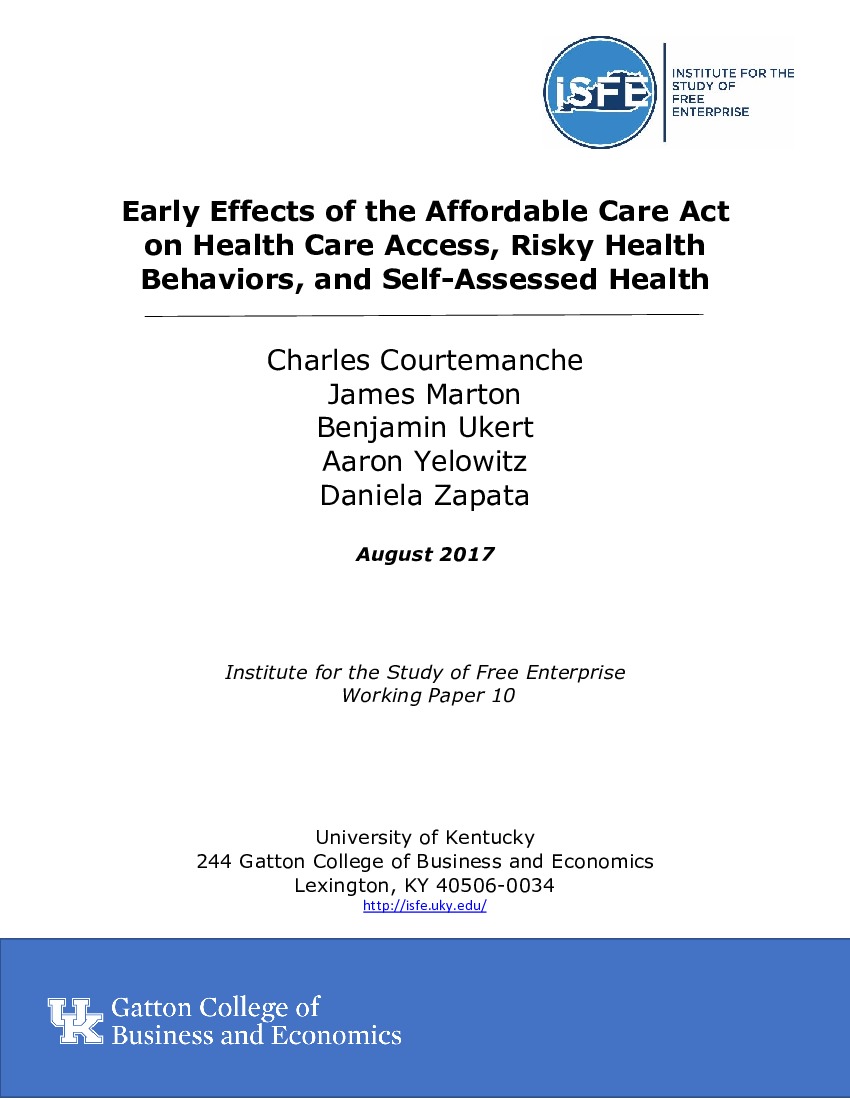