How Did the ACA Affect Health Insurance Coverage in Kentucky?

Abstract: The major components of the Affordable Care Act (ACA) were implemented in 2014, including the rollout of the Health Insurance Marketplace, Medicaid expansions, and the individual mandate. Kentucky stands out as one of the few southern states to expand Medicaid, and earlier work has demonstrated that Kentucky experienced some of the largest gains in health insurance coverage. The goal of the current study is to further explore the sources that individuals used to gain coverage in Kentucky using a large, publicly available dataset, the American Community Survey (ACS). Several findings emerge. First, overall health insurance coverage increased by 5.7 percentage points, from 85.1 percent to 90.8 percent, from 2013 to 2014. Roughly 269,000 individuals in Kentucky gained coverage, the overwhelming majority (85%) of whom were adults aged 19–64 (229,000 individuals). Gains were extremely modest for both children and the elderly. Among adults, roughly 80 percent of the gains were from Medicaid coverage, with most of the rest coming from individual coverage. Using income reported by the ACS respondents, approximately 38 percent of new adult Medicaid recipients had incomes exceeding the Medicaid eligibility threshold (roughly $33,000 for a family of four). This translates into 73,000 ineligible, new Medicaid participants. Almost all ineligible, new participants would appear to qualify for private, nongroup coverage with subsidies through the premium tax credit. A variety of sensitivity checks suggest at least 36,000 ineligible, new participants on Medicaid due to the expansions, including more than 13,000 with incomes exceeding 250 percent of the FPL. Possible explanations are explored and ineligible participants are characterized. 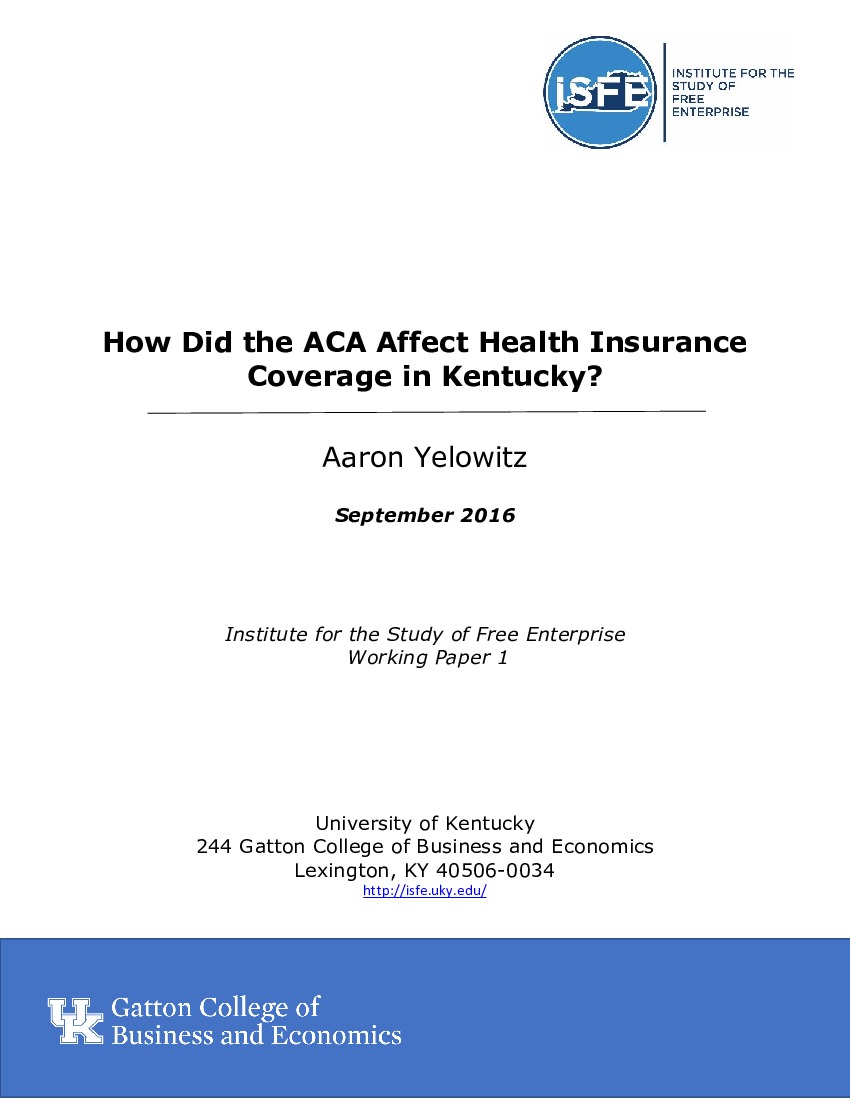