Modern Politics and the Passions

Why is our society today so sharply divided—politically, socially and morally?

Professor Bradshaw argues that the answer can be found in two of the foundational philosophers of the modern era, John Locke and Jean-Jacques Rousseau. Although they are sharply opposed in many ways, they share some common features that set the pattern for modern politics.

Locke defends the freedom of the individual to accumulate wealth, along with a minimal state whose main role is to protect natural rights. Rousseau attacks the Lockean state as a tool by which the wealthy maintain their privilege at the expense of the poor. He sees all existing social structures as fundamentally forms of oppression.

Bradshaw suggests that both Locke and Rousseau can be seen as rationalizing what are in fact passions—destructive forms of thinking and feeling that prevent us from recognizing the true good. In the case of Locke, these passions are greed, the desire for domination and the sort of pride which says that no one can tell me what to do. In the case of Rousseau, they are envy, resentment and the sort of pride which says that nothing that happens to me is my own fault.

He argues that the solution to our current disarray can be found by returning to the classical discipline of the passions. Both Plato and Aristotle advocated forms of education that are aimed at helping the passionate part of the soul learn to follow reason. Much of their teaching was later adapted into Christianity, which added further disciplines of its own such as fasting and confession. Bradshaw argues that only by recovering the classical and Christian ideal of educating the passions can we begin to overcome the entrenched divisions of modern politics. 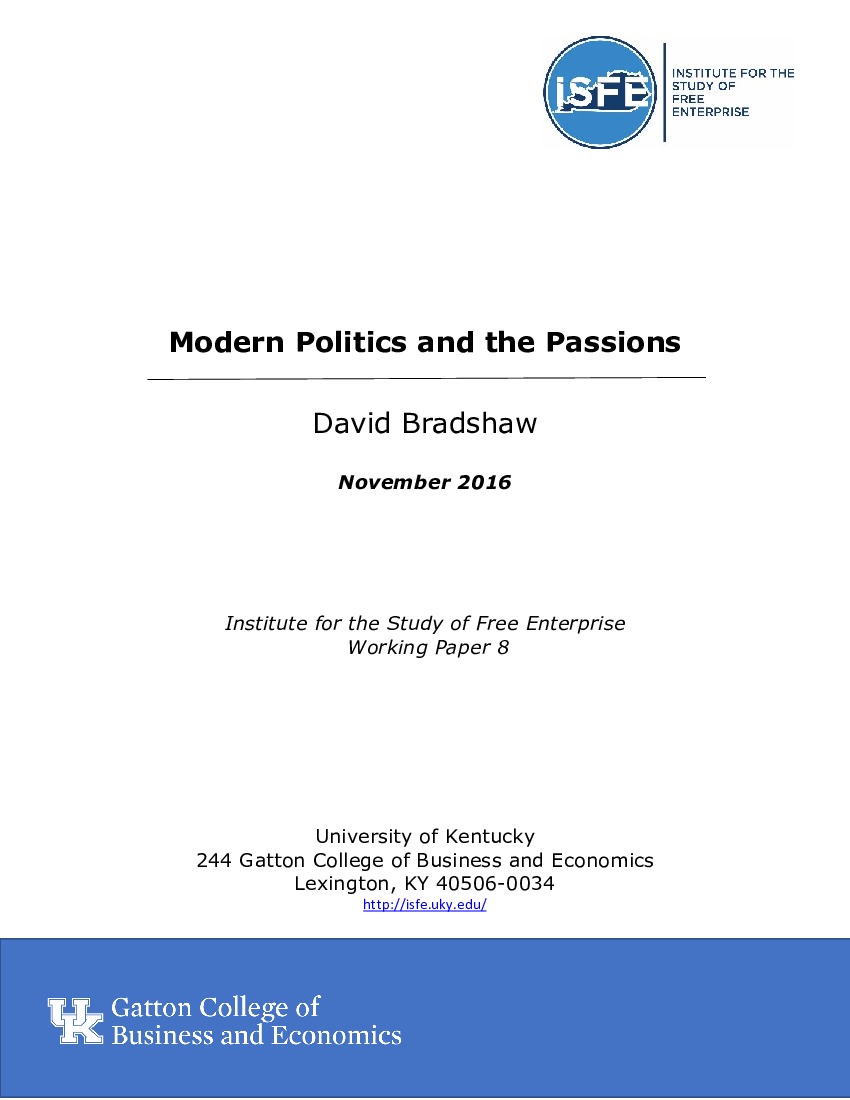