The Federal-Private Wage Differential: How Has It Evolved

Abstract: Federal, state, and local budget issues in the aftermath of the Great Recession stimulated a revival of interest in government worker pay. In the paper, we study the evolution of the federal-private pay differential from 1995 to 2017 using Current Population Survey data, enabling us to examine the current pay gap and how it has changed over time. Wage regressions are estimated by year for federal and private sector workers and used to calculate the yearly federal-private wage differential. To deal with unobserved heterogeneity, we adopt control function methods. We also estimate of the probability of receiving employer-provided health insurance and a pension plan each year for each sector. The findings imply that the federal pay differential is invariably positive, fell during the 1990s, rose in the early 2000s until 2013, then tended to decrease. There is evidence that the differential is related to federal spending relative to GDP, but not to the business cycle. Federal workers consistently have higher probabilities of having employer-provided pension plans and health insurance. 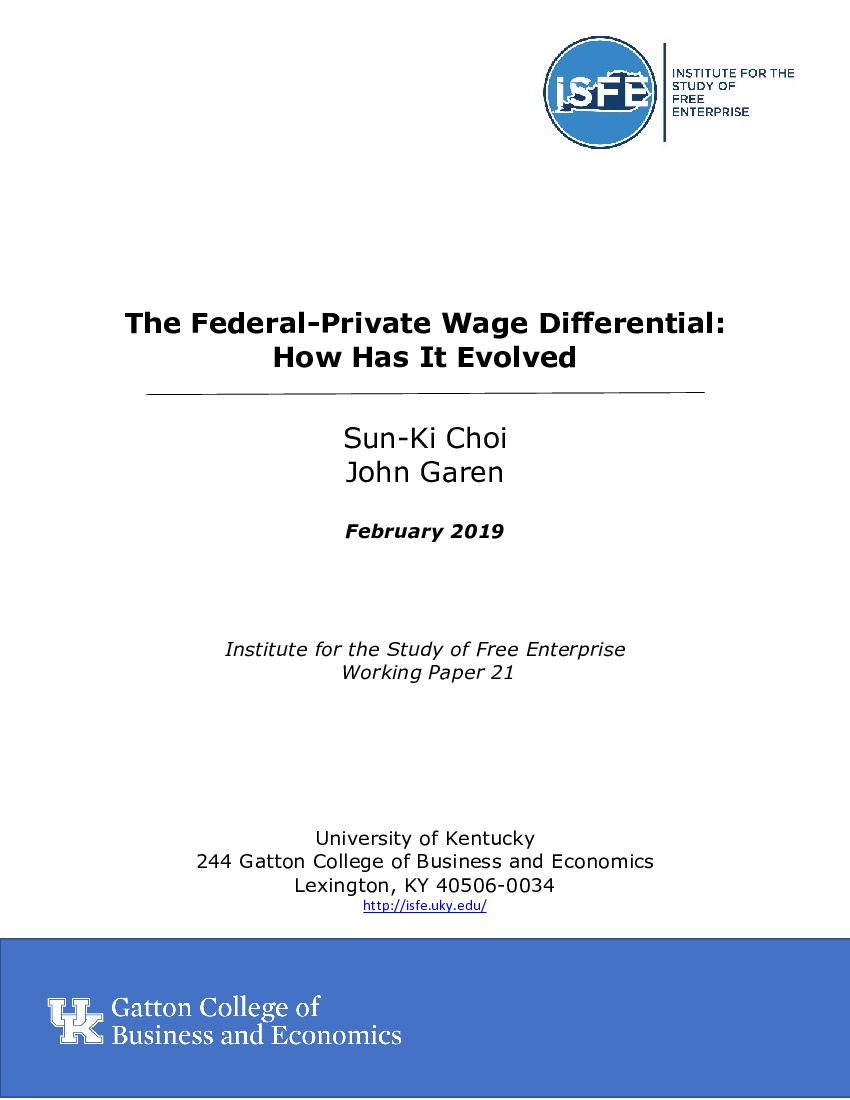