Social Security and Medicare Spending Growth: Is It Just More Seniors or More Per Senior?

Abstract: Long-term federal budget forecasts show sizable increases in federal spending in the coming decades. This is concerning to those who worry that the growth of government will diminish incentives, reduce productivity, and limit economic growth. A large share of the forecasted increase in spending is due to Social Security and Medicare. This paper considers how much of this increase is simply due to the growth in the eligible population and how much is due to growth in spending per beneficially. The findings show both the former and the latter account for sizable shares of the growth. Thus, there is room to limit benefits without cutting them. Simulations show that capping real benefits per senior at their 2017 levels would have very sizable effects on limiting spending. In limiting benefits, it is important to avoid price controls and mandated coverage limits that cause shortages, non-price rationing, and political infighting over the programs. 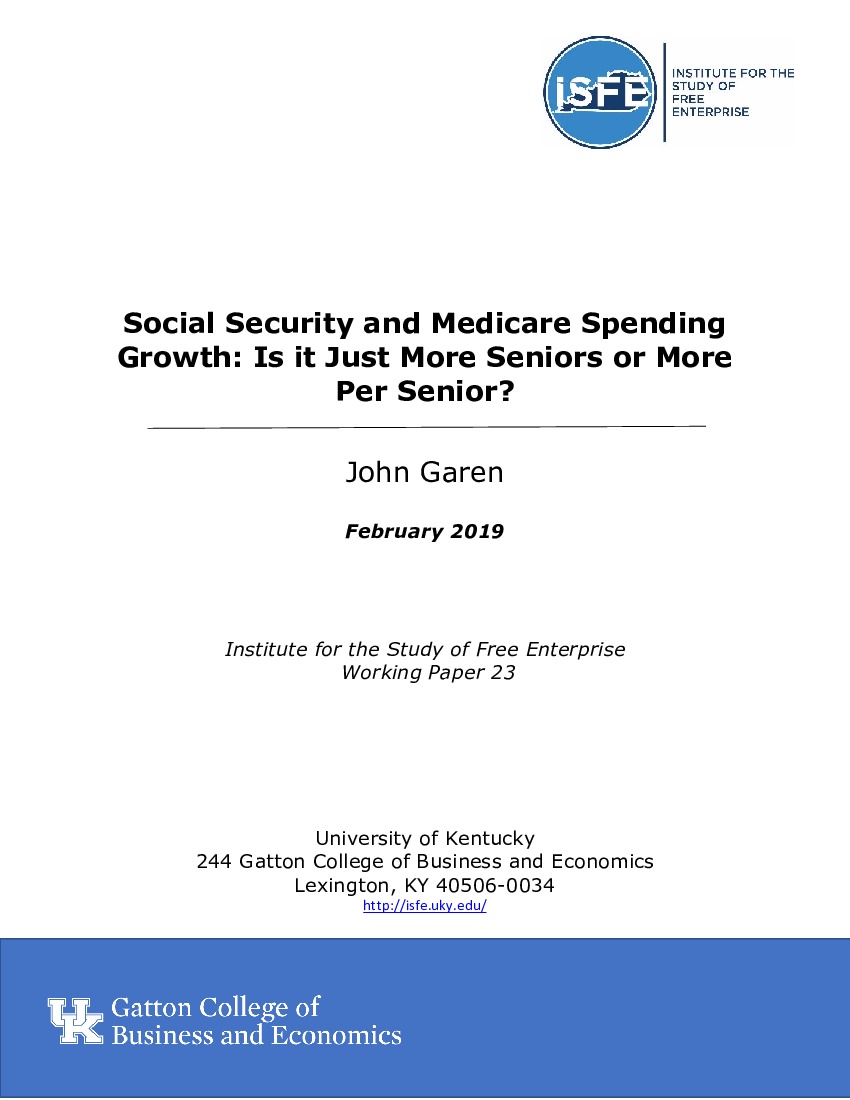