Has Anheuser-Busch Let the Steam Out of Craft Beer? The Economics of Acquiring Craft Brewers

Abstract: The craft beer segment in the U.S. has grown from a meager 20 brewers in the 1980s to over 7,000 today and is approaching a 15% market share. Macrobrewers initially responded by internal product diﬀerentiation but then began acquiring craft brewers, provoking concerns about the continuing viability of independent, local brewers. We analyze the economic consequences of the most prominent of these acquisitions: the Anheuser-Busch InBev (ABI) purchase of Goose Island in 2011. Using variation in pre-acquisition ABI market share to account for the eﬀects of the distribution tier in the beer industry and the influence of macrobrewers on the distribution tier, we analyze price and quantity eﬀects in the Midwest and mid-Atlantic states as well as the local region where Goose Island was founded. We also evaluate the eﬀect on varieties of beer available to consumers in oﬀ-premise accounts to analyze the eﬀect of ABI’s acquisition on independent, local breweries who must jockey for shelf space with macrobrewers. By the usual metrics of merger retrospectives, we find large gains in sales for craft brewers as a result of ABI’s entry by acquisition, possibly the result of marketing spillovers attracting new consumers to craft beer. We also find large negative eﬀects on product variety, indicating greater diﬃculty for craft brewers to gain shelf placement in oﬀ-premise accounts. We find that these eﬀects are most pronounced in Goose Island’s regional birthplace of Illinois. 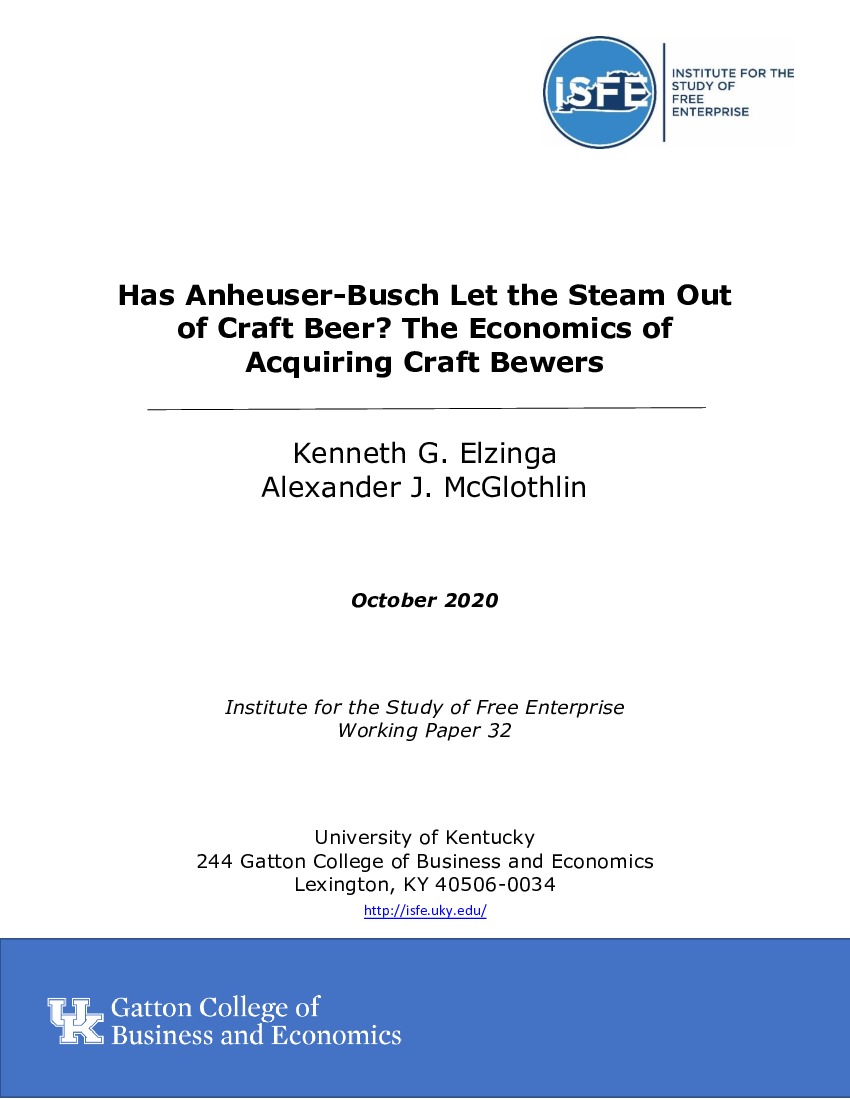