Some Basics of Capitalism and Socialism and Implications for Human Liberty, Morality, and Fairness

Abstract: This essay outlines the big-picture aspects of capitalism and socialism, and uses this overview to discuss human liberty and economic liberty in each system. Additionally, I note that some have argued that capitalism is unfair or immoral and so I consider three specific and common moral standards in this regard. They are: (i) “From each according to his ability, to each according to his needs;” (ii) “People should get what they earn;” and (iii) “’Agreement without conformity’ or ‘conformity without agreement.’” Capitalism is centered on individual rights and private ownership, while socialism awards decision-making powers to government. The former is consistent with human and economic liberty while the latter is not. Moreover, socialism fares poorly in comparison to capitalism regarding the three moral standards. 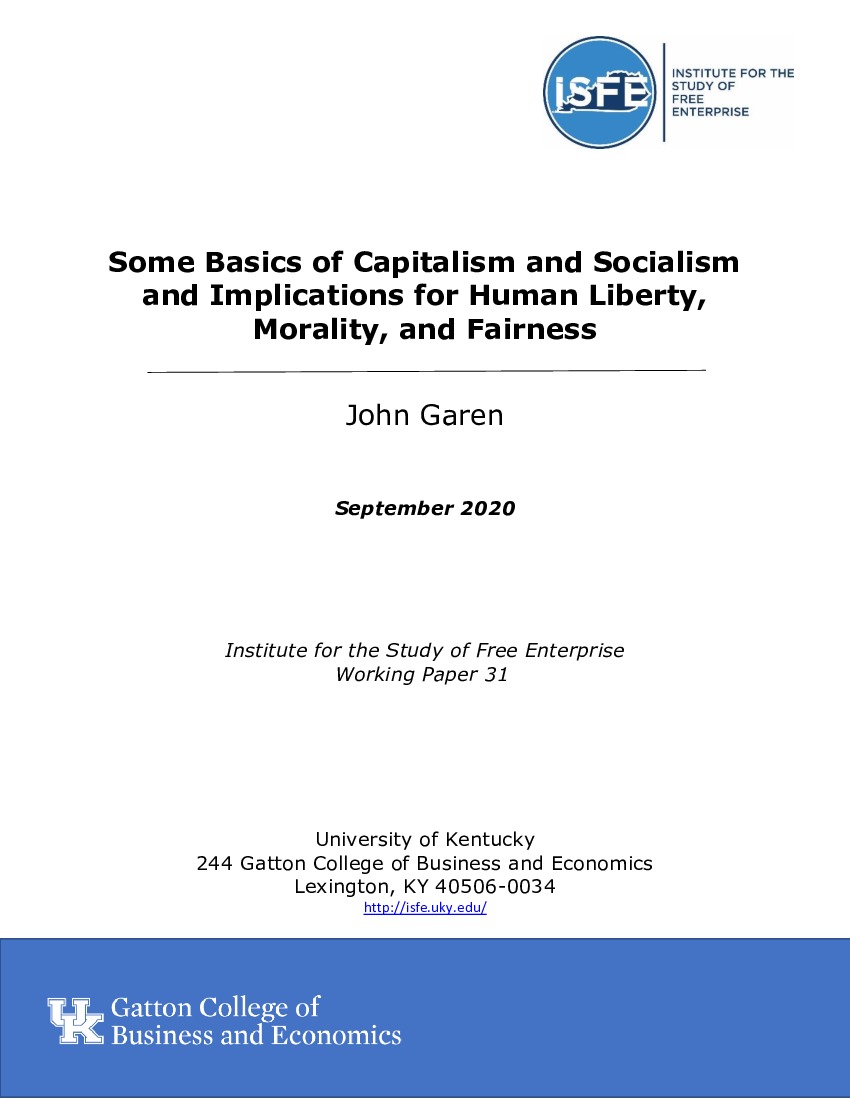