Abstract: It has been about eight months since the Covid-19 pandemic began sweeping across America, causing the well-known health care emergency, and major economic and fiscal distortions. Presumably, we are in the last stages of the damage, as activity has picked up in most realms of daily life. However, recovery problems linger in many areas, including air travel, cruises, hotels, conventions, concerts, and schools. While not over, enough information has emerged to start documenting the regional economic impacts around Kentucky. This note examines the latest public data to study the apparent economic and fiscal damage related to Covid responses, public and private, in the state. This includes the sharp reductions in employment and payrolls due to business interruptions, but also the mitigating (and contributing) impacts of the federal relief packages. I find that:

Employment fell dramatically, beginning in March. The number of wage and salary jobs, after adjusting for normal seasonal patterns, peaked in February at 1,947,000. By April, there were 326,000 fewer jobs reported than in February, or a 16.8 percentage decline in two months. Restaurants and bars took the biggest hit, accounting for 21 percent of the total net job loss in the state at the worst part of the downturn. Similarly, declines in retail, entertainment, and hotels were widely reported, and together with food and drinking places accounted for about 40 percent of all job losses. By September, about two-thirds of the net job losses had been recovered.

The measured spike in unemployment since March is the greatest on record. However, there are several factors that make it tricky to compare recent measures with those from previous downturns. First, government public health policies in this case caused the unemployment - as opposed to a conventional recession in a business cycle. Second,  the federal unemployment supplement of $600 per week to the state benefit, through July 25, meant that for most recipients the government has been paying people not to work, thus exacerbating unemployment. Third, traditional qualifications for receiving unemployment benefits were relaxed. Self-employed people were eligible for benefits, even though they had not paid into the unemployment insurance trust fund. Part-time workers were eligible not only for the nominal state benefit, but also the federal $600 supplement per week. Most people receiving unemployment benefits received more income from not working than from their former jobs. Unemployment insurance claims have trended down for four months, with the insured unemployment rate dropping from an April high of 13.8 percent to 3.0 percent by the end of October.

The CARES Act provided an infusion of at least $13 billion in federal funds to Kentucky over the last six months. Federal unemployment benefit supplement of $600 per week brought around $2 billion to Kentucky workers. The IRS economic impact payments to households amounted to $4 billion. And the Paycheck Protection Program provided over $5 billion in forgivable loans to qualifying Kentucky businesses, some of which will need to be repaid. There are other programs as well. Kentucky state government received $1.4 billion in relief funds, and Louisville-Jefferson County directly received $170 million, provided as grants so long as the expenditures were related to the pandemic. And health care providers in Kentucky received grants totaling $1.3 billion.

Kentucky state and local governments generally felt a Covid-related decline in revenues at the end of the 2019-20 fiscal year, but most were able to close the fiscal year with about the same revenues as the prior fiscal year. Partly, this was due to the fact that the tax revenue shortfalls occurred late in the fiscal year, a year that was strong in terms of receipts through March. The biggest percentage declines were in net profit fees to local governments and corporate income taxes to state government. Property tax and insurance premium tax receipts for local governments, and sales tax receipts to state government, remained stable. Budgets for FY21, enacted in July, are based on conservative, even pessimistic, economic outlooks for the rest of the year. 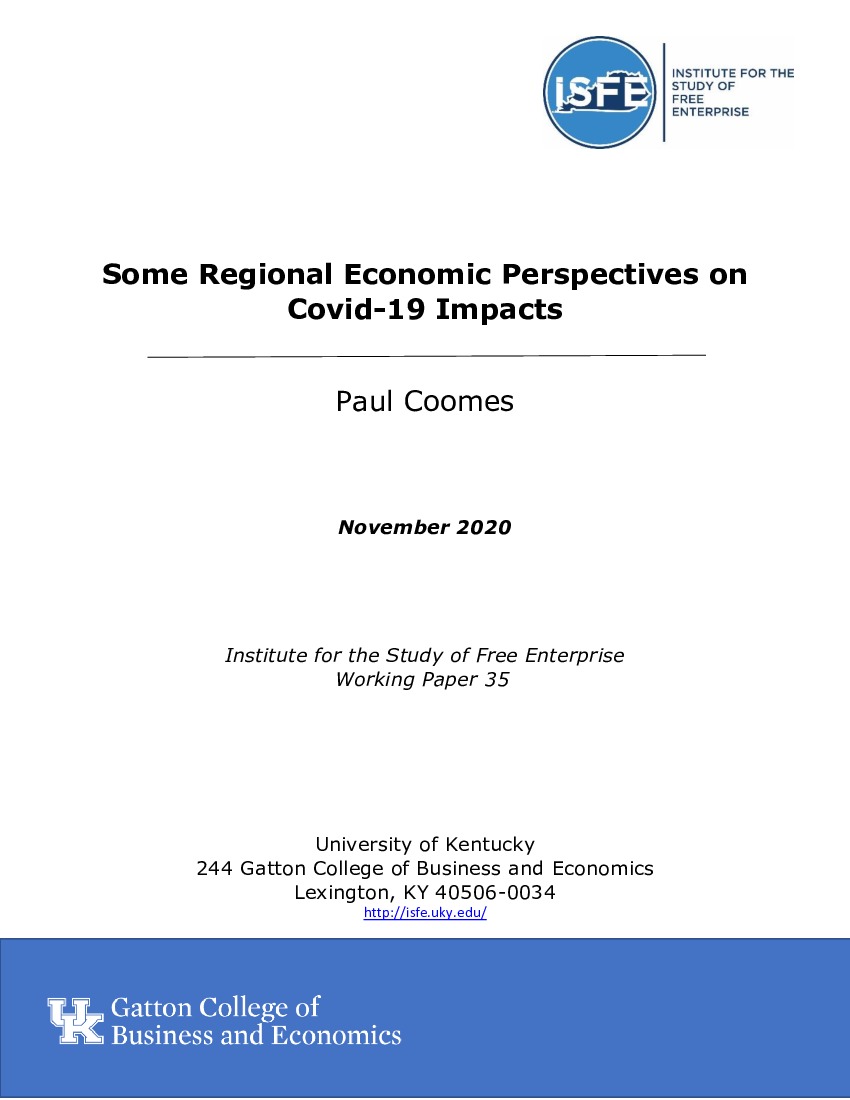