Abstract: Since 2015, several sizable jurisdictions have implemented predictive scheduling laws where the intent is to regulate unpredictable work schedules – schedules which may affect the ability of workers to arrange child care, care for other family members, or attend school. These laws raise the cost to employer of adjusting a worker’s schedule near to the time of work. Such laws were phased in over time, and specifically targeted workers in the retail and food services industries, but largely not other industries. When labor costs are increased for cancelling shifts if demand turns out to be low, one potential employer response is to not schedule as many workers for uncertain periods of demand. Using a difference-in-differences (DD) framework (based on geography and time within affected industries) and the 2014-2020 March Current Population Survey (CPS), I find that among workers, the composition of employees working part-time increased by approximately 9.2 percentage points. Approximately two-thirds of this shift – 6.3 percentage points – comes from those reporting to be part-time involuntarily (e.g., due to economic reasons, such as “slack work”, “unfavorable business conditions”, “inability to find full-time work” and “seasonal declines in demand”). Very little of the shift is explained by non-economic reasons (such as “childcare problems”, “family or personal obligations”, or “in school or training”). As such, it appears that predictive scheduling laws failed to provide some of the key anticipated benefits, while limiting opportunities for at least some workers. 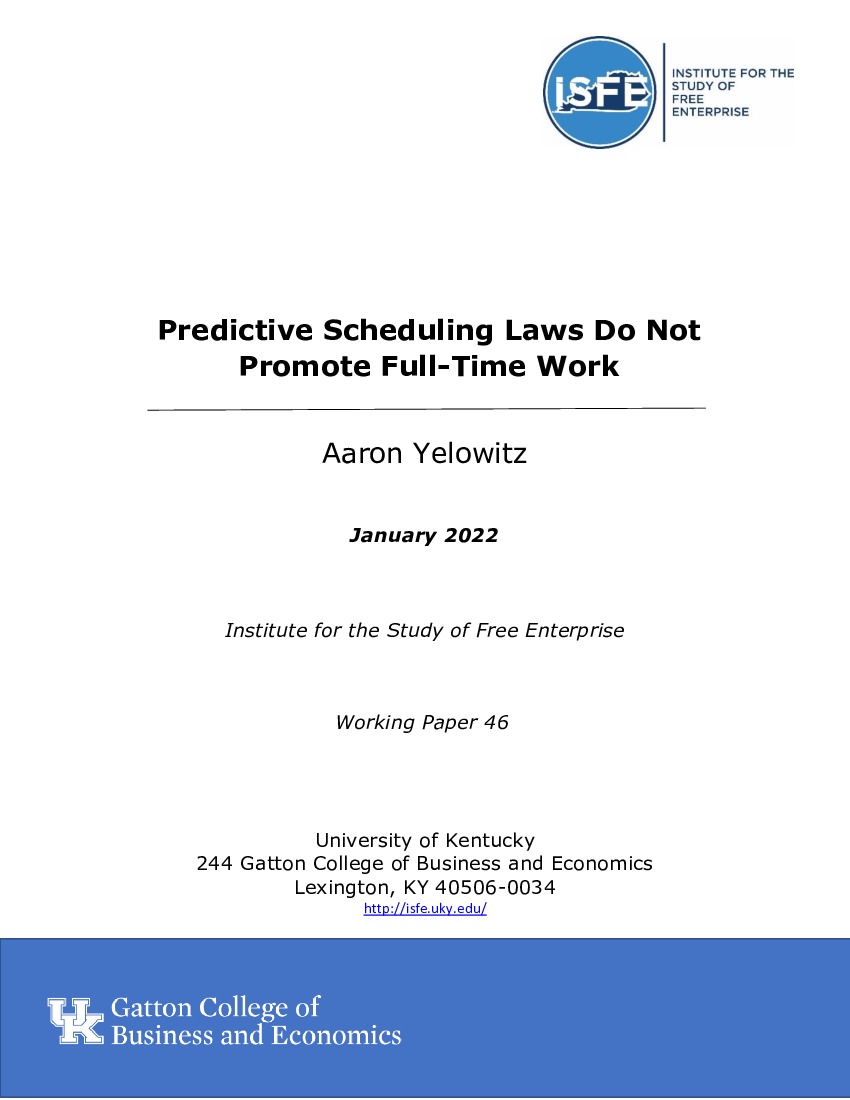